Thrilling and live-action games are the best entertainment one can have. Nerf guns are no exception, be it for girls or boys. Break the gender stereotypes and join in on the bandwagon!

Though gunplay for kids particularly comes off as a controversial topic, it does have its benefits – accepting defeat, learning bravery, and aiming at a target while being alert on the defense. It is important to educate your child about gunplay and make them aware of its real-life implications rather than outright avoid the entire topic, as explained by Raising Kids With Purpose.

There are plenty of nerf guns out there, in all shapes and sizes. Girls of all ages should equally feel included. Base your buying decision on the evaluation factors we have mentioned in our buying guide, not on societal constraints!

When you have made up your mind to get your hands on one, here is a comprehensive list of some of the best models of nerf guns that are suitable for all ages and genders.

Firing games are fun because they fulfil our need to achieve a target and prove our dominance over the opponent. But what fun is there left in a game of firing to and fro if your bullet will not allow you to sneak up on your opponent from a distance? This is why we believe it is important to consider the firing range of the nerf gun you invest in for your girls.

The speedier the shots, the more dramatic it gets! Make sure to pay special attention to the speed with which the barrel of these nerf guns fires bullets at your target. The accuracy of the target is also crucial, for which an ergonomically designed blaster would be better suited.

A rapid-fire of shooting at your opponent is what makes the game fun but that is only possible if your magazine is capable of holding multiple bullets at the same time. Otherwise, you would constantly find yourself scavenging for the bullets that were shot out every time and that is some serious buzzkill!

Some nerf guns have machine gun capabilities of back-to-back firing of the bullets pre-loaded magazine while others take time to reload. Know which is best suited to your needs.

4. Bullets Shot at a Time from the Barrel

Some nerf guns are capable of firing multiple bullets at the same time which is pretty cool if you are looking for going all out on your opponent right from the very beginning!

However, that can also mean compromising on the speed and accuracy of the shots fired. Set out the preferences that you are looking for, rank them priority-wise, and then choose your model accordingly.

Nerf gun battles can end up getting pretty extensive and exhausting, especially if combined with a game of hide and seek of hunting down your opponents.

But what fun is there to it if the weapon at hand ends up weighing down on your shoulders (both literally and metaphorically speaking)? This is why it is important to look for a nerf gun that is though full of action, but is also lightweight to carry around with you on the go.

The Nerf Fortnite GL Rocket Blaster is unique because of its pull handle trigger design. Inspired by one of the weapons in the game Fortnite, this is sure to be a big hit for a loyal fan!

The blaster includes 6 Nerf official rockets that are enough to fill up the drum completely. It is ergonomically designed which gives the user a comfortable and easy-to-use playtime experience. To fire, you have to pull the handle towards yourself while to load the barrel, you have to push the handle away from yourself. Pretty interesting, isn’t it?

Watch out for precision though, as a few customers have reported inaccurate hits from this blaster. It is also reportedly heavy to carry and hard to handle for younger users.

This SMG-E blaster is another Nerf gun model inspired by the Fortnite ammo inventory. But this one uses batteries and is loaded with quite some cool features!

When you have locked on to your target and are in close range, press hard on the acceleration button and fire away!

One of the coolest Nerf and Fortnite collaborated products is this BASR-L Bolt Action gun. It has an realistic and classic look to it.

The magazine has a capacity of holding 6 darts at the same time but this one comes with 12 official Nerf Elite darts in total so that you don’t have to go scrambling for more ammo amidst an ambush. You would always have a backup until the battle ends!

This one comes with unique features that make for excellent precision. While firing, pull the bolt backward and forward to prime the blaster. The removable scope on the top of the gun allows you to have a more accurate aim. Just look through the scope while balancing the crosshair in the center of your view, and you are good to go!

The Nerf Ultra Pharoah Blaster is one for the royal elites of its fanbase. Look at how fancy the gold darts are! Not only this, but they are designed with an innovative streamlined shape with a special pointed tip on the front for precision in your aim.

The clip-on magazine has a capacity of 10 darts, but only Nerf Ultra darts are compatible with this blaster. Pull back the bolt primer on each fire, and keep hunting down all enemy lines without fear of needing a reload pitstop. A bit bulky though, but the blaster itself comes with a scope and crosshairs for good precision – make good use of it and never make wrong aims again!

Excellent speed and power is how the Nerf Ultra Five model is best described! It is easy to use, it is lightweight, and it makes a strong warrior!

It comes with 4 Nerf Ultra darts that are to be secured in an internally concealed magazine in a compartment on top of the blaster. Nerf Ultra darts are known to be far-reaching and accurate in their shots, and this one is no exception. The gold-colored finger grips with the trigger button make it convenient to carry, especially when needing to pump the bullet before another shot.

Make sure to remove the darts from the magazine when not in use as they can get damaged!

The Nerf Modulus Demolisher is a toy you would agree is named quite aptly – this one is humongous and is packed with a number of hardcore combat features! A true Demolisher indeed, making it one of the top picks in nerf guns for girls.

It comes with a 2-in-1 design which entails that the blaster fires not just darts but also rockets at your opponent. The clip-fed magazine can hold up to 10 Nerf Elite darts that you can fire simply with the motorized blasting mechanism.

Upon pump-action blasting, you can unleash the rockets on your nemesis. Surprise them with the many tricks up your sleeve. The stock of the Nerf gun – the black mesh in the backside of it, is detachable so you can customize your weapon according to your preference.

If you want more steady shots then keep it on but if you are in a compact playing area then it is best to remove it for ease of use. The motorized blasting requires four alkaline batteries that are not included in the package, so have some spare with you before the package ships in.

The Nerf Mega Mastodon is a beast! With a massive bullet holding drum capacity, it also has quite an intimidating appearance on the gaming front.

The rotating drum can hold up to two dozen Mega Whistler darts that go shooting and screaming right at your target up to a whopping 100 feet. The motorized blaster mechanism makes it all the easier for you to attack your contenders with rapid-fire rage. Simply pull back the acceleration lever and fire away!

The blaster gun is a bit cumbersome due to it being designed for battle supremacy, so use it with the supporting strap for a better experience. The motor requires 6 D batteries that are not included in the package though, so best be prepared.

This is not just a Nerf gun, this is a bazooka! Huge enough to qualify for a missile-launching contraption and equipped with a huge ammo capacity, don’t miss out on this one!

With a motorized blaster and a big drum of darts, it will surely leave the competitors begging for mercy. The motor requires batteries that are not included. The 50 Nerf Elite darts are designed for precision and range, so you know you can never go wrong with this purchase.

It is quite a mammoth when it comes to its size and weight, so it is best to use it with the strap from the very beginning of your playtime in order to not get burned out too soon.

The Nerf Rampage is yet another superb Nerf gun due to its tremendous dart holding capacity. Your opponents will never be able to defend themselves well! This is what make it one of the best nerf guns for girls.

Unleash a rapid-fire dart storm with the Slam Fire action feature by holding the trigger down while sliding the Slam Fire Handle rapidly back and forth. Or if you are planning on a more precision-based strategy, simply hold back the trigger for every fire. The 25 official Nerf Elite darts are designed for precision and this blaster will make you hit your desired target!

A unique design with an even more intriguing set of features – the Nerf Zombie Strike is a showstopper! With barrels that allow you to fire three ways, you can choose to ambush or slowly intimidate your opponents.

It is small enough to be easily carried with stealth, yet is also great at what it is intended for. The blaster comes with 12 official Nerf Zombie Strike Elite darts, six of which can be inserted onto the three barrels at the front.

Simply move to the center of the muzzle whichever configuration you want to fire from, and you are good to go. Pull the priming handle, pull the trigger, and keep firing away!

Some users have reported the darts falling out of the barrels so do watch out for that. One way suggested is to start from the three dart barrel, followed by the two dart barrel, and finally the one dart barrel. And always keep the other half dozen darts on backup and you will never lose a battle!

So that was our list. We hope you gained some good insights on what makes a good nerf gun for girls of any age. We have shared our top picks but in the end, what matters is what you like. Who knows, you might even prefer nerf bow and arrows over nerf guns.

All Kids Mag is a registered brand. We aim to provide the most reliable reviews for our readers. Our Product Reviews are trusted Worldwide. 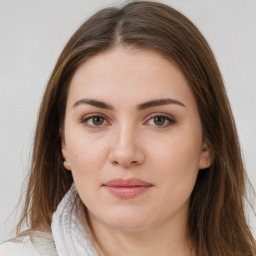 Hi! I’m Jessica, mom to Anna, 9, and Evan, 6. I am a housewife and live in Boone, NC, with my high school sweetheart husband, Henry. Read more about Jessica...

All Kids Mag is about the joy, it’s about how you can make the most out of your kid’s golden childhood years. Because they grow up so quick, and just like that, all the opportunities to make your child smile get missed. We want to make it so that you miss no opportunity.

Allkidsmag.com is a participant in the Amazon Services LLC Associates Program, an affiliate advertising program designed to provide a means for site to earn advertising fees by advertising and linking to amazon.com. We sometime get a commission through purchases made through our links.